Two Data Points Should Give You Hope

In a world where we are seemingly endlessly bombarded with painful news, it’s easy to imagine that the pandemics of our time would have all of us curled up in a ball on the couch. It’s not an unreasonable reaction to a steady onslaught of tough news. It’s also not true.

Volunteering has been under incredible pressure over the past three years. Early on, the pandemics of our day–in racial equity, mental illness, economic distress, climate and public health–took their toll on volunteer time and attention right when we needed them most.

In 2020, those effects appeared dramatic. Data from Fidelity Charitable reported that 2 out of 3 volunteers had stopped or reduced their hours in 2020.  It’s too early to report that we’re on our way to the Big Comeback. However, early indications from our data are showing some important and durable changes in how we are responding to crisis with our time and attention.

Our measurement of “connections”–people who click the button “I want to help” on the VolunteerMatch platform–in race & ethnicity-related work increased by nearly 150% in the month following George Floyd's murder in 2020. This was not just a short-term spike: connections remain high. Over the past year, connections for opportunities in this area of interest are 77% higher than in the year before George Floyd's murder.

Americans did not experience the horror of George Floyd’s murder in the same way. Research since May 2020 tells us that Black Americans and others in closer in proximity to the murder felt its effects much more acutely. We shouldn’t expect to respond to it in the same way. While our data doesn’t break down action by racial group, we know that all demographics in America volunteer. Moreover, our data tells us that people responded to the murder by getting involved in a sustained way. (Another later spike, below, happened around Martin Luther King day, likely as many employers and community groups organized public volunteering events with racial justice themes.)

What’s powerful about that surge is that it shows extraordinary nonprofit adaptation. Many nonprofits have successfully pivoted their programs in response to this challenging time. There has been a sustained increase in requests for virtual volunteering from our non-profit network: the number of virtual opportunities increased by 81% over the same time frame. 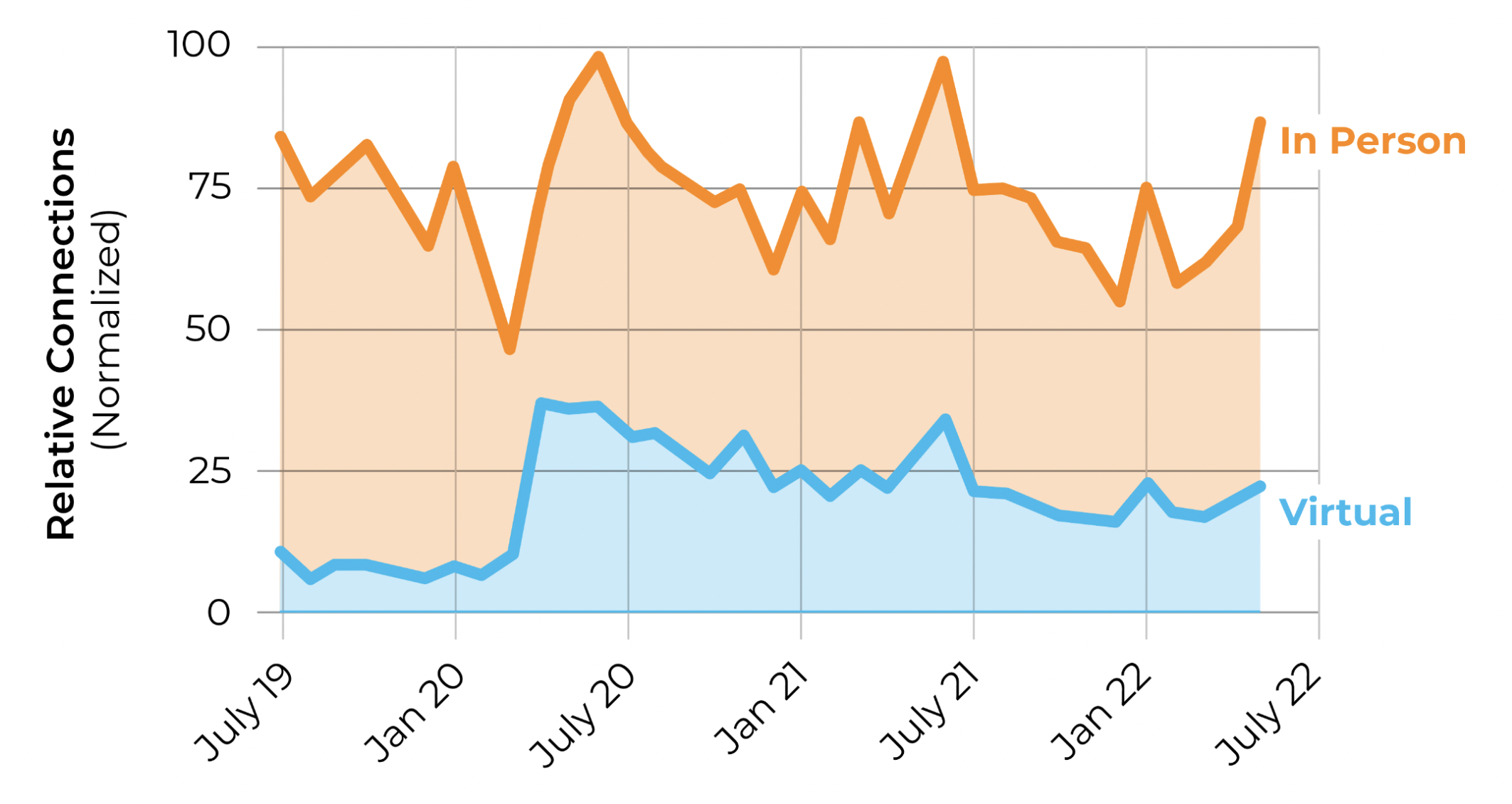 After seven years of doing this work in person, Braven is now a rapidly growing online program in partnership with Spelman College, San José State University, Lehman College and other educational institutions. In the future, they hope to bring together the best of their in-person past with the flexibility of their new online focus.

Together as we ride “the trauma wheel” of modern times, this data reminds me that we’re capable of more as humans than fight, flight or freeze.

We’re also capable of responding to crisis by serving and supporting. And while Silicon Valley often gets credit for its place as the center of innovation, social innovators like Braven, are making sure we can do that safely and sustainably.

Special Thanks to Scott Rodilitz at UCLA Anderson School of Management for his volunteer time helping us assemble this data.

Jude O'Reilley is CEO of VolunteerMatch. He has more than 25 years of experience in technology, leadership and entrepreneurship in the private sector and in the world of social change.

Volunteer Managers—Are you quietly going about your day, solving problems, and being awesome?