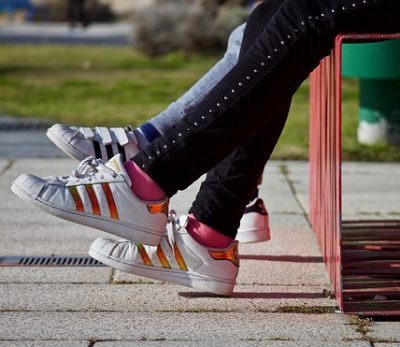 Most parents can’t even get them to tidy up their rooms, so what are your chances of motivating teenagers to leave their computers and work on an “impossible” mission, right?

If that’s how you view today’s youth, I suggest you quit leading them. Your perception of who you are dealing with will shape your behaviour, and treating teenagers of today like they are children is a great recipe for inaction.

According to another 2007 study by CIRCLE, 25% of those who attended college volunteered, while only 11% of those with no college experience do. I needn’t tell you about the record number of students heading to college, right?

But all these contributors to the jump in volunteerism – the internet, better education, etc. – are just part of the story. The main driver, I believe, is people just like you: Community leaders who inspire the younger generation.

Which brings me to my first point:

How would you like it if someone was always breathing down your neck when you work? Well, that’s exactly how most teenagers feel.

If anything, psychological studies have found that as you place more trust on someone, he/she is more likely to behave the way you want them to.

Bill Drayton, CEO and founder of Ashoka, was one of the first community leaders who had such a mindset shift. He didn’t set out to “use” young people around him. He set out to give youth the tools to be “change-makers” – trusting that they will be motivated enough to take him up on the offer.

When a person doesn’t feel understood, he/she will never try to understand. That is the reality in which most youth live.

Empathy is more than just “putting yourself in another person’s shoes” or being a really good listener. That advice has been repeated so much, there’s almost no meaning to it anymore.

Empathy involves feeling what others are feeling. If your child’s pet rabbit died, and you empathize, you won’t say, “I understand.” You’ll grieve with him or her.

If a teenager is concerned about looking “uncool” when volunteering, it’s something you shouldn’t dismiss as “teens being teens.” Empathy involves decisive action: What can you do to make volunteering cool?

James A. Baldwin once said, “Children have never been very good at listening to their elders, but they have never failed to imitate them.” There’s a biological reason for that. Not psychological, but biological.

I won’t go through it here but if you’re interested, read about the effects of mirror neurons on group behaviour.

Bottom line: Don’t expect youth to do what you wouldn’t do personally.

Feeling like you’re invisible is a great way to kill motivation. After all, why contribute when you don’t feel like you’re contributing? This is why it’s crucial to communicate to young people that their work is making a difference.

What most leaders do wrong is to do this to a group instead of to an individual. There’s a difference in impact when you tell a group of 100 how well they did vs. when you tell one person directly.

What’s the purpose for the teen in doing all these things?

Is it to keep their parents happy? Is it to spend time with that guy/girl they like? Or – and this is the most common – is it to accumulate some kind of points from school? All these are poor motivation.

Instead, try explaining how the youth’s community service is making a difference. Just how important is the work he/she is doing? What would happen if people like him or her doesn’t show up?

This works because a purpose in life is one of the most critical factors of psychological – and physical – health. It’s part of the reason why retirees who volunteer tend to live longer and are less likely to suffer from depression compared to their stay-at-home counterparts.

Or as revered psychologist and holocaust survivor Viktor Frankl once said, “Ever more people today have the means to live, but no meaning to live for.”

Aileen Pablo is a freelance blogger from Smile Tutor, a Singapore based company offering private tutorial services in Singapore. When not working, Aileen loves to do baking healthy goods. During her free time, she does volunteering in community work.

Shari led Online Marketing and Communications at VolunteerMatch from 2010-2015. After working with nonprofits for 9 years, she moved over to the corporate sector and is now leading Inbound Marketing for a tech company in San Francisco.

7 Ways To Appreciate Your Volunteers